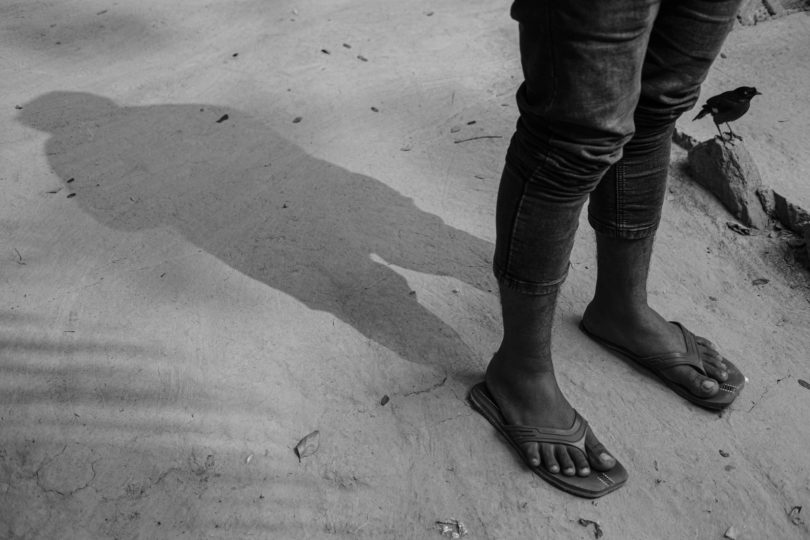 On this journey, I am thinking of intimacy. Perhaps, better to say that I am in search of it. Looking out for where my energy, my body – imbued with its own memory and thus language; its own intuition, its own desire to break open, to break apart while still held together; held together by its innate volition to remain unresolved, falling off the edge or tethering at its brink – resolves itself in an encounter.

I am in search of beauty – that fleeting kind.
Like the candor of fizzling smoke from a dying cigarette butt.
Sometimes hidden under a shadow cast by feet,
A walking, working feet
I would turn, shedding the weight of my own limitations
As if to reduce to fraction the friction between my bones
A bird, no less obscure than a silhouette, will serve as a time stamp
A marker of lines, a pillar of borders, a dot in a cross between a longitude and a latitude –
Reminder that, though we walk and trot, ultimately we fly.

I am in search of knowledge – the intimate kind
Like in the chatter of two friends, heard only by them, and perhaps –
The wind.
They stand in a rice field that so many, far away,
would mistake for a minefield.
They would point to a far away distance before them
As if to conjure a horizon from contoured clouds,
Above equally contoured countries
All the while reminding themselves that the ground under them is
Indeed what it is.