Emeka Okereke born in 1980 is a Nigerian photographer who lives and works between Africa and Europe, moving from one to the other on a frequent basis.

He came in contact with photography in 2001. He was a member of the renowned Nigerian photography collective, Depth of Field (DOF).Presently, his works oscillate between diverse mediums. He employs mainly photography, time- based medium of video, poetry and performative interventions in the exploration of the central theme of ‘borders’. His works grapple with the questions of exchange and co-existence in the context of various social-cultural confluences. Another aspect of his practice lies in project organizing: coordinating artistic interventions which promote exchanges cutting across indigenous and international platforms.

To this effect he organized the first ever photographic exchange projects between a school in France and one in Nigeria involving the Fine Art School of Paris and Yaba College of Arts and Technology Lagos. He is the Founder and Artistic Director of “Invisible Borders Trans-African Photography Project”. Through Emeka Okereke Photography & Projects, he co- ordinates projects based on exchanges, such as Crossing Compasses: Lagos-Berlin Photo Exchange (May – June 2012) and Converging Visions: Nigeria – Netherlands Photo Exchange (June – September 2012)

In 2003, he won the Best Young Photographer award from the AFAA “Afrique en Création” in the 5th edition of the Bamako Photo Festival of photography. He has a Bachelors/Masters degree from the National Fine Art School of Paris and has exhibited in biennales and art festivals in different cities of the world, notably Lagos, Bamako, Cape Town, London, Berlin, Bayreuth, Frankfurt, Nurnberg, Brussels, Johannesburg, New York, Washington, Barcelona, Seville, Madrid, Paris, etc. His works are featured at the 56th Venice Biennale of Arts under the Invisible Borders presentation “A Trans-African Worldspace” which he also curated. Sadia Marium is an independent photographer based in Dhaka. She dreamt of being a filmmaker, found herself as a Merchandiser and currently as a photographer. Sadia’s practice pollinates with the process of creating photographs, video and alternative printing methods. ‘Intrusion’ intrigues her the most. In her docufictional work “Days Untitled”, she looked into how personal and hidden memories can be presented in public domain. Ordinary characters, unremarkable memories, spaces and objects are the protagonists of her works to trace the overlap of reality & fiction, private & public.

After her Bachelors in Marketing, Sadia studied Professional Photography at Pathshala South Asian Media Institute, Dhaka, Bangladesh and now teaching at the same institute. She aspires to become a stand up comedian. Kay Ugwuede is a nonfiction writer and photographer living in Lagos, Nigeria. Whether writing about books, culture, food, politics, religion or travel, Kay’s work explores the intimacies of human interaction and questions the intangibles that drive our existence, big and small. Her work has been published by Bakwa, in CityLab, Aerodrome, Eater, The Forge Literary Magazine, Kalahari Review, Ventures Africa and elsewhere. She is the author of A Substance of Things Unseen, a travel chapbook published by the Invisible Borders Trans-African Photography Organisation. Defining who Delphine Wil is or what she does is a challenge. Here are some facts: she was born in 1988 in Germany as a Belgian and originates from DR Congo thanks to her late grandmother. Journalist and photographer at her debuts, she currently works as a filmmaker, mainly as documentarist, but recently in fiction as well. Sound art has caught her, too. She is involved in various projects of the kind.

Her works: Memory of Missionaries, a documentary released in 2017, The Forest Karaoke, a sound installation showcased in 2019, Tangled Up, a short fiction film in progress, Under Water Tears Of Fish Aren’t Visible, an audio docu-fiction in progress (co-directed with sound artist Jeanne Debarsy), and A Wind Of Freedom, an audio documentary in progress. 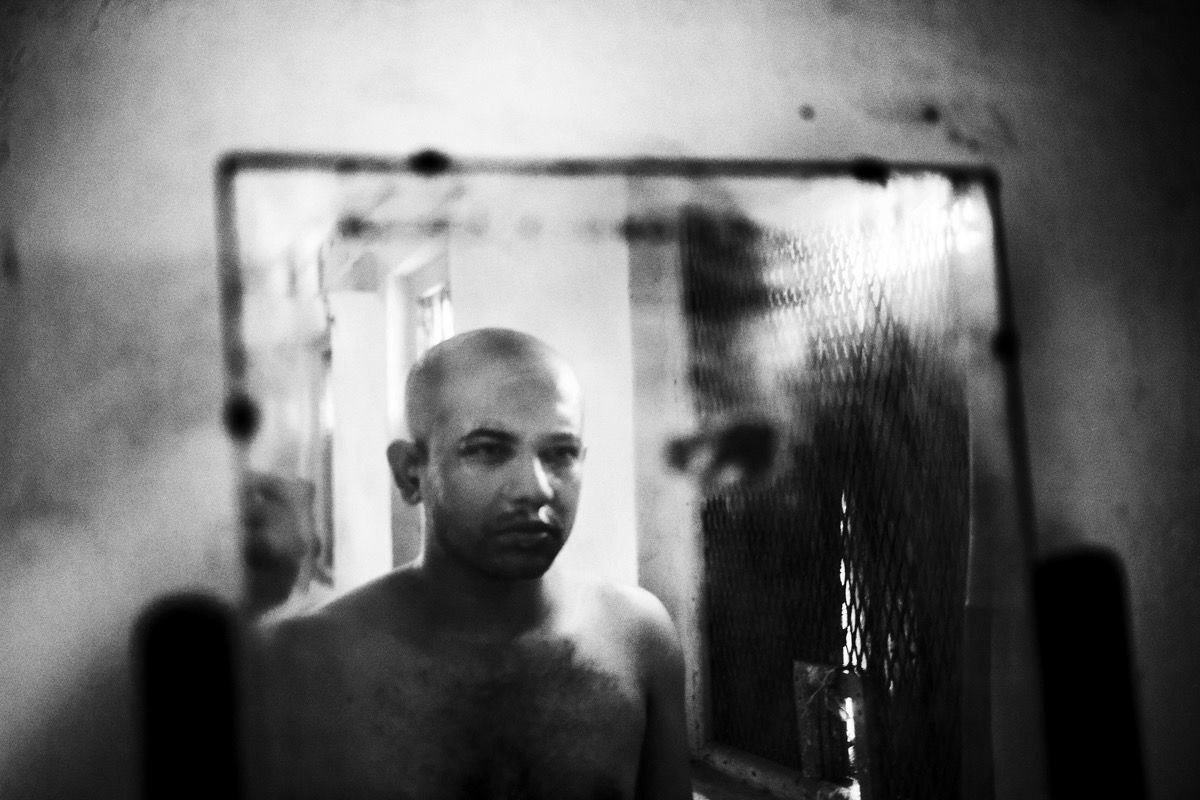 Sayed Asif Mahmud is a documentary photographer and biker, based in Bangladesh. He is a graduate from Pathshala, South Asian Media Institute and currently teaching there. Asif ‘s work has been exhibited in Chobimela VI, Dhaka Art Summit, Bengal Art Lounge, Bangladesh, Bedales Gallery in UK and Noorderlicht Festival of Photography in Netherlands and UAE. His work Tobacco Tale got second prize in Non Traditional Photojournalism Award by NPPA (2013) and Honorable Mention in The 5th Edition of the Anthropographia Award 2013. He was one of the 25 best new photographers of 2015, selected by British Journal of Photography. Habiba Nowrose is a Visual Artist, Researcher based in Dhaka Bangladesh. She completed her graduation on Women & Gender Studies from the University of Dhaka on 2012. Later on she finished Professional Program on Photography from Pathshala South Asian Media Institute in 2014. Her series, Concealed, was a finalist for the 2018 Invisible Photographers Asia Art Awards and also Samdani Art Award 2020. Her works has been exhibited in many different platforms across Asia and beyond.
She is particularly interested in subjects that explore human relationship and gender identities. Often her portraits are made after elaborate preparation. In her artistic process she carefully takes mental note of the objects, colors, patterns and locations that attracts her repeatedly. These elements play a fundamental role in her image making process. Tapash Paul, born in Bangladesh in 1986, is a visual artist. Presently he is working as a staff photographer under the Photography Department of Drik, Dhaka Bangladesh. He took admission in Pathshala- South Asian Media Academy in June 2009 for BA in Photography and successfully completed the course. He went to Nepal for 3 month workshop titled “International Reporting Workshop” under the collaboration programme of OUC- Norway, Photo Circle- Nepal, Drik-India and Pathshala- South Asian Institute of Photography, from Bangladesh in 2012. He was also a Nominee of World Press JOOP SWART MASTERCLASS 2012 & 2013. He joined International Reporting Workshop in Kathmandu conducted by photographer Philip Blenkinsop from Noor Agency. He participated in a workshop that took place in Pathshala in November 2009, in collaboration with Bjerkely Folkehøyskole, Norway. He made a presentation of his work at Alliance Française de Dhaka and later his photographs were exhibited in Goethe Institute. During Chobi Mela VI in January 2011 Tapash qualified for two different workshops by Peter Bialobrzeski and Laurence Leblanc. One of his works was digitally presented in the Chobi Mela VI, as a part of a group presentation In 2012 he was shortlisted in the professional category under “Nature and Wildlife” Sony World photography Awards. His works were exhibited in Chobi Mela VIII as well under the theme ‘Intimacy’. Innocent is an amateur photographer, a content developer and project manager with a bachelor’s degree in English from Obafemi Awolowo University in Nigeria.

His interests vary wildly- from art to technology, social media, traditional journalism, educational reforms, movie reviews, to mention but a few. He is an IT enthusiast, a media analyst and a literary critic. In 2015, he teamed up with a couple of friends to launch the movie review website FilmsandCinemas. He also offers advice on social media strategy for Barnhouse Publishing, Roving Heights Book Distribution, Sankofa Initiative for Culture and Development and FourthCanvas Design Agency.  Innocent is the Project Manager for Invisible Borders Trans-African Organisation.

Courtesy of the Samdani Art Foundation